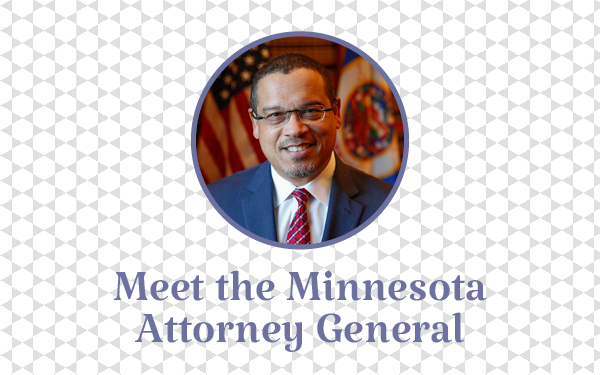 Only 4 days left to register!

Keith Ellison was sworn in as Minnesota’s 30th attorney general on January 7, 2019. As the People’s Lawyer, Attorney General Ellison’s job is to help Minnesotans afford their lives and live with dignity, safety, and respect. His guiding values are generosity and inclusion.

Prior to entering elective office, he spent 16 years as an attorney specializing in civil-rights and defense law, including five years as executive director of the Legal Rights Center. He was also a noted community activist. Attorney General Ellison received his law degree from the University of Minnesota Law School in 1990.

He is the proud father of four adult children: Isaiah, Jeremiah, Elijah, and Amirah. He is the first African American and the first Muslim American to be elected to statewide office in Minnesota.

Come meet Keith Ellison. This will be an opportunity to get to know our attorney general, find out the latest activities going on in his office, and have time to ask a question or two. Please join us!