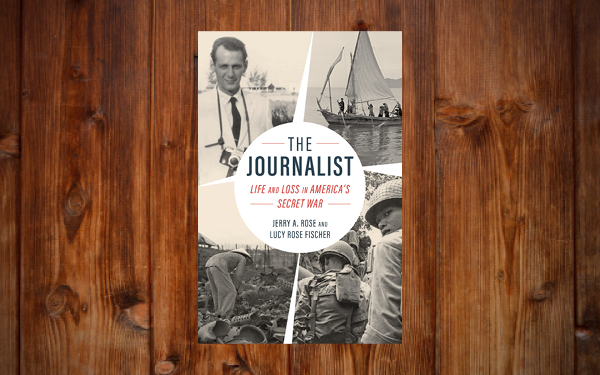 My book, The Journalist: Life and Loss in America’s Secret War, tells the story of my late brother, Jerry Rose, who was a journalist in Vietnam in the early 1960s. Through his articles and photographs published in the major news media, he exposed the secret beginnings of America’s Vietnam War at a time when most Americans had not yet heard of Vietnam.

I have written this unusual memoir in “collaboration” with my late brother, based on his journals, letters, and other writings—giving the term “ghostwritten” a whole new meaning.

The Journalist just received an Independent Publishers Gold Award and is also a winner of a Foreward INDIES Book Award.